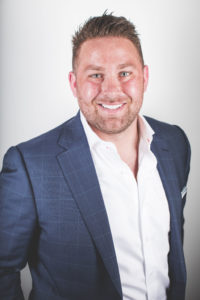 DJ Spencer D is not your typical wedding DJ. In fact, he prides himself on not being the
“cheesy wedding DJ” found all over YouTube. Spencer loves delivering the best party on the
most elegant and memorable night of your life! Fernando Productions has ONLY true mixing
DJs on their roster, and Spencer’s turntable/mixing skills made him the perfect fit for the
team.

Spencer Davis has been in the wedding and entertainment industry for over 15 years and
been apart of more than 200+ weddings. He's also performed for industry giants like MTV,
Hard Rock Hotels, RedBull, MLB, NFL, as well as currently being the resident DJ for the

Kansas Jayhawks! Spencer also helped start the Power & Light LIVE! Block in KC and held
residencies at most of the venues there. Doing so, has allowed him to throw parties with
every type of genre possible. Proof that he can handle whatever you throw at him!
Spencer has also won many awards for his party-throwing abilities, including “Best DJ in
Kansas City” by the Pitch and the #46 best party-throwing DJ across the US by DJ MAG and
The Marquee. Although Spencer definitely has the credentials to prove he’s the real deal as
a DJ, once you meet Spencer, you’ll also quickly see that he’s a very down to earth person
who will absolutely go out of his way to ensure everything goes as smoothly as possible.